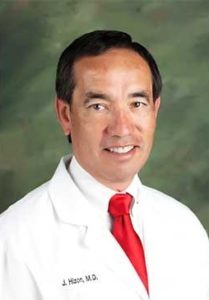 CEO of Carbs to Keto

Active families need a family doctor that knows all the regular health needs of a family and a big dose of knowledge in sports medicine. Jerry Hizon, MD, in Murrieta, California, specializes in family practice and medical services for athletes and people who enjoy sports recreationally. After receiving his undergraduate degree in biology from Loyola Marymount University, Dr. Hizon attended medical school at the University of California San Diego School of Medicine and served as chief resident in family medicine at the University of California Irvine Medical Center.

As a sports physician, Dr. Hizon is proud to serve his community as well as his private practice patients. He has volunteered as the team physician for a local high school and performed close to 5,000 pre-participation physicals, donating his time and the proceeds to the schools. In 2015, he was awarded the Distinguished Citizen of the Year Recognition by the city of Temecula, California.

Dr. Hizon is a proud member of the American Academy of Family Physicians, the American College of Sports Medicine and the California Medical Association and helps train emerging physicians as an assistant clinical professor at the UC Riverside School of Medicine. 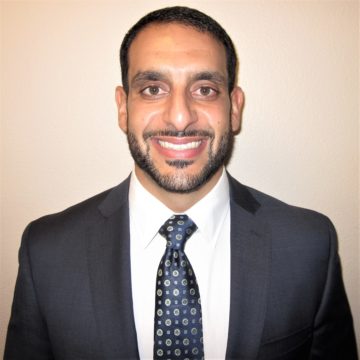 My name is Michael Ibrahim. I am 28 years old and currently a fourth-year medical student at UC Riverside. I’m a big guy with a big appetite. I am a person who loves food. You could’ve always found me at Thai or Persian restaurants as well as all you can eat sushi and Korean BBQ. I’m roughly 6’2” and 240 lbs. Had I not chosen the path of medicine and had better knees, I would’ve been a decent fullback. I grew up playing basketball, working on cars and lifting weights however, I have always struggled with

my weight. My journey has been an interesting one to say the least. I’ve tried multiple weight loss programs from the traditional low-fat diet to the Nutrisystem. I’ve bought pills from GNC and ran hundreds of miles, foolishly trying to outrun my excess weight. Little did I know that the answer was much simpler (and cheaper) than what I was doing.

I was introduced to the ketogenic diet through Dr. Hizon, who pulled me aside on my first day in his clinic and remarked that the physician should always be the healthiest person in the room. That comment hit home for me; he didn’t say it to judge or critique me, it was to help me. How can a physician expect patients to be healthy, make time for exercise and eat a balanced diet without achieving that balance in their own lives? Soon after, I familiarized myself with the ketogenic diet and the concept of low-carbohydrate and high-fat (LCHF) living, which went against conventional medical “wisdom”. I went all in; I started intermittent fasting 20+ hours each day and cut out the carbs. In the first month, I dropped 25 lbs. and was in sheer awe that I did it without feeling hungry. One year later, I have plateaued on my weight loss (mostly from too many cheat days and not being in true ketosis). I want to break through this plateau and I want to share my journey with you. 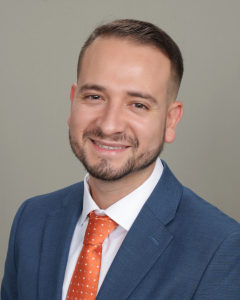 My name is Will Leon and I’m a fourth year medical student at UC Riverside. I have a strong background in biochemistry and have several years of experience working in laboratories conducting research ranging from organic chemistry to clinical science. I’ve had the pleasure of growing up in sunny SoCal and can say confidently that I’ve tried over 20 different types of cuisine. Obviously, Guatemalan cuisine reigns supreme, but I’m biased (Mom and Pops are from Guatemala). I’m writing this blog because: 1) I want to document my journey with the ketogenic diet from the perspective of a healthcare professional and 2) I wanted to blend together my love for food and attempt to make popular food ketogenic.

I became curious about the ketogenic diet while presenting a research project at symposium. During my talk, an audience member by the name of Dr. Jerry Hizon, an assistant clinical professor, stated that “caloric restriction doesn’t work”. Curious about his remark, I approached Dr. Hizon after the talk and asked him to elaborate. He let me know about this diet he was implementing on his patients in his private practice with great results, called the Ketogenic Diet or “keto”. He stated that his obese patients were losing weight and his diabetics were needing less and less medications. So like any good scientist would do, I began to investigate keto. As I read more about it, my reluctance with attempting the diet began to slowly fade. Curiously, I decided to experiment on myself and started my first “keto journey” last year. I got great results over a period of 2 months. I dropped about 15 lbs., achieved “keto clarity”, and had enough energy to keep up with the surgeons while on my surgery rotations. I stopped doing keto after my honeymoon and just used intermittent fasting to keep the weight off. But now, nearly a year later I wanted to restart the diet and prove to many of those around me that the keto lifestyle is feasible, leads to weight loss and is a great solution to combat many of the chronic diseases such as diabetes and obesity that are plaguing the U.S. So follow me as I post about doing the keto diet from an (almost) doctor and amateur chef’s perspective.